Last week was full of important economic updates, many of which showed that the economic impact from the Omicron variant was relatively muted compared to earlier waves of the pandemic. The January retail sales report was a highlight, as sales growth experienced its best month since last March. This will be a quieter week for reports, with only three major releases scheduled that will provide updates on consumer confidence, personal income and spending, and durable goods orders. 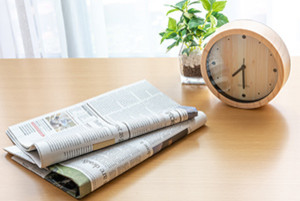 On Wednesday, the January retail sales report was released. Retail sales rebounded by a larger-than-expected 3.8 percent to start the year, following a drop in sales in December. Economists had estimated a 2 percent increase. This marks the best month for retail sales growth since last March when federal stimulus checks spurred a surge in spending. This encouraging result, following a downwardly revised 2.5 percent decline in sales in December, indicates that the slowdown in year-end sales was likely a temporary lull caused by rising medical risks. Given the swift return to sales growth in January, we can infer that the economic impact from the Omicron variant was relatively benign compared to earlier waves of the pandemic. This was likely supported by the steady decline in daily case growth that we saw toward the end of the month. Continued improvements on the medical front may support additional spending growth in the months ahead, which would be a good sign for the pace of the overall recovery.

Wednesday saw the release of the January industrial production report. Industrial production increased 1.4 percent during the month, which was higher than economist estimates for a 0.5 percent increase to start the year. This strong result was supported by a surge in heating demand, which caused utility output to increase nearly 10 percent in January. Improving public health statistics and factory reopenings also supported the increase in production, as capacity utilization increased from 76.6 percent in December to 77.6 percent in January against calls for a more modest increase to 76.8 percent. This brought utilization to its highest level since early 2019, which is another encouraging sign that the economic impact from the Omicron variant was muted compared to earlier waves. Manufacturing output also increased 0.2 percent, which was in line with expectations. Overall, this report showed a solid rebound for production to start the new year.

The third major data release on Wednesday was the release of the National Association of Home Builders Housing Market Index for February. This widely monitored measure of home builder confidence declined slightly during the month, dropping from 83 in January to 82 in February. This was in line with economist estimates and still signals relatively high levels of home builder confidence. This is a diffusion index, where values above 50 indicate growth. Home builder confidence and new home construction both rebounded swiftly following the end of initial lockdowns at the start of the pandemic. Both have remained in expansionary territory ever since, supported by high levels of home buyer demand and a low supply of homes available for sale. This shift in home builder confidence was partially due to a drop in the measure of prospective home buyer foot traffic, which could signal that rising home prices and mortgage rates may serve as headwinds for future sales growth.

The final major release on Wednesday was the FOMC meeting minutes from the January Fed meeting. The Fed did not make any changes to interest rates at this meeting; however, economists were still interested in seeing the meeting minutes due to the expectation that the Fed will start hiking interest rates at its next meeting in March. The minutes showed a consensus among Fed members to possibly start tightening monetary policy in the near future because of the current economic recovery status. The Fed’s bond purchase program is set to expire in March, and the central bank is widely expected to increase the federal funds rate at least 25 basis points at the mid-March meeting. The minutes also showed that some Fed members believed that the central bank could start to shrink its balance sheet later in the year, which would be another step toward normalizing monetary policy. While the anticipated tightening actions from the Fed would be a welcome sign that the Fed views the economy as largely healthy, any changes to monetary policy could lead to market volatility and should be monitored.

We finished the week with Friday’s release of the January existing home sales report. Existing home sales surged past expectations, increasing 6.7 percent during the month against calls for a 1.3 percent decline. Part of this larger-than-expected monthly increase was due to a downward revision of the December sales level; however, the better-than-expected result in January brought the annual pace of existing home sales to a one-year high. The gains were widespread, as all four geographical regions saw faster growth, but a lack of supply likely held back faster sales growth. The supply of homes available for sale declined 2.3 percent during the month, which brought year-over-year supply to 16.5 percent. The surge in existing home sales is another signal that the economic recovery continued at pace to start the year. That said, some of the better-than-expected growth was likely due to prospective home buyers scrambling to purchase ahead of potentially rising mortgage rates. Looking forward, the low supply of homes for sale, rising prices, and higher mortgage rates are expected to serve as headwinds for faster sales growth.

What to Look Forward To

On Tuesday, the Conference Board Consumer Confidence survey for February was released. This widely followed measure of consumer confidence declined by slightly less than expected during the month. The report showed that the index fell from 113.8 in January to 110.5 in February against calls for a drop to 110. This marks two consecutive months with declining consumer confidence; however, the index is still well above the pandemic-era low of 85.7 that we saw during initial lockdowns. The current decline is largely due to continued consumer concern about the high levels of inflation throughout the economy, as well as lowered consumer expectations for future economic growth and increased consumer inflation expectations. Historically, improving confidence has helped support faster consumer spending growth, so this will continue to be a closely monitored report.

Speaking of consumer spending, on Friday, the January personal income and personal spending reports are set to be released. Personal spending is set to increase 1.4 percent during the month, which would echo the rebound in retail sales growth that we saw to start the year. Personal spending declined 0.6 percent in December, so any improvement in January would be an encouraging sign that consumer demand and spending rebounded swiftly to start the new year after the December lull. Personal income has been volatile throughout the course of the pandemic, as shifting federal stimulus and unemployment payments have caused large monthly swings in average income levels. Economists expect to see personal income decline 0.3 percent to start the year, following a 0.3 percent increase in December. The anticipated decline in personal income is due to the expiration of monthly child tax credits at the end of 2021; however, looking forward, the tight labor market is expected to support rising incomes.

We’ll finish the week with the release of the preliminary estimate of the January durable goods orders report on Friday. Headline orders are expected to increase 1 percent during the month, following a 0.7 percent decline in December. The anticipated increase in January is due, in part, to a rebound in volatile aircraft orders. With that being said, core durable goods orders, which strip out the impact of transportation orders, are expected to increase 0.3 percent in January after rising 0.6 percent in December. Core durable goods orders are often viewed as a proxy for business investment; if estimates hold, this would mark 11 consecutive months with rising core orders. Business confidence and spending were strong throughout most of 2021, and the anticipated continued expansion in January would be a sign that the business momentum from 2021 carried over into the new year despite headwinds created by the Omicron variant and persistent inflationary pressure.

That’s it for this week—thanks for reading!